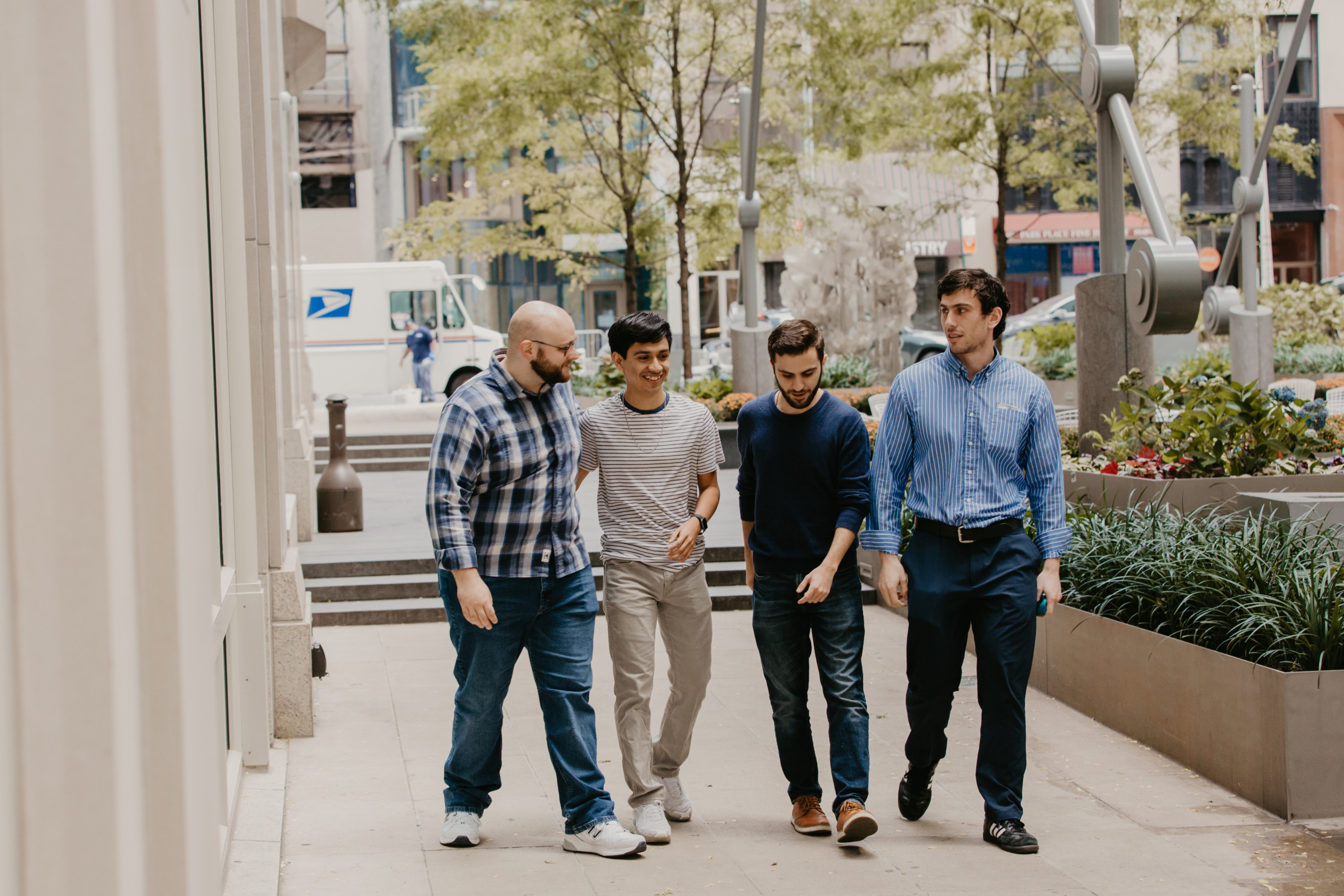 Alejandro Uribe, a Miami native and graduate of Florida International University, is a current 2nd Year Seton Teaching Fellow. In the Spring, we sat down with him to discuss the fruits of his year as a Missionary and his decision to become a second year fellow.

How did you get here? How did you originally decide to be a Seton Teaching Fellow?

Well, I was raised a Cradle Catholic. When I was older I attended Florida International University. For a long time, I had no idea what I wanted, or where I was going in life. At a surface level, I liked the major I was doing and the classes I took; but I always thought about working for a Nonprofit organization, serving as a missionary, or teaching. Honestly, teaching was always at the back of my mind. When I started working as a professional, I began in the aviation industry because another dream of mine was to be a pilot. However, once the pandemic hit, I was on furlough for my job over the summer. I was at a point in my life where I was thinking about where my relationship with God was, where I was going in life, and what I wanted to do for Him. There were so many questions on my mind. During this interim, the prospect of teaching popped into my mind, but I had no idea where to start, and no idea what opportunity or calling would present itself. I didn’t even know where I could get a job as a teacher. Then, at the beginning of August, I got a message in a group chat from a current fellow, Abi Chavez. She told me about the fellowship — I thought it was interesting, but I had no idea what moving to NYC would be like. I went ahead and applied, and I had to discern over the course of two weeks to see if God was calling me to this service.

Two weeks! What happened over those two weeks?

I began by talking to my parents and weighing the decision with them. Also, over the summer, my relationship with God had slowly been strengthening. After Covid restrictions were lifted, I started going to mass more frequently. Then  one day, while I was attending daily mass, I realized this is what God wanted me to do. It was the day after my initial interview with Kayla. I was made aware that the opening available to me would be teaching 2nd or 3rd grade. That prospect made me wonder: “Am I really supposed to teach a grade that young?” I went to mass and said to God, “If this is for me, give me the consolation. Show me that this is what you want me to do.” That day, the Gospel was from the Gospel of Matthew, where Jesus tells the apostles: Whoever receives this child in My name, receives Me. I felt like the Gospel message was so blatant, so out of left field, that it had to be an answer for me. It felt like God was calling me.

The week after I accepted, I felt so much peace.

You mentioned you were kind of unsure of what you wanted before you became a fellow: what has this year of mission taught you about your personal mission in life, and about the gifts that God has given you personally?

Above all — patience. A lot of people will tell me that this is one of my best attributes. Sometimes I am even too patient, but I’ve noticed that that is a gift I can tap into with a lot of students. I’ve always been someone who listens more than they speak. With kids (who are prone to repeat the same mistakes over and over again) patience is a cardinal virtue.

What has been the most challenging thing for you this year?

I think one of the biggest challenges is holding onto that last shred of patience. I’ve been getting used to repetition — Reminding students of the same expectations over and over again. I always had this idea that I can share my knowledge and not worry about classroom management. However, this job has you juggling so many things at once. As a teacher, you have to handle a lot. Thank goodness for google calendar! I juggle tasks with the classroom throughout the Brilla school day, after school in El Camino, and during professional development.

What is something that God has said to you through your students? Has God spoken to you through the words or behavior of a student? If so, what did he say?

Absolutely — and In more ways than one! The way He has spoken to me is in students’ wonder, in their curiosity, and in the questions that they ask. Christ has even said it Himself: We need to have a childlike faith!

We ourselves need to have wonder, curiosity, and awe for the things that God has done in our lives. Holding on to that childlike faith has been such an important aspect of belief that has been revealed to us.

For example, in the past week we’ve been learning about Pentecost. For many of us who were raised as Catholics that is so normal to us, but the students are completely enthralled by it. It’s a gift of Faith.

What have you learned about yourself while living in an intentional community?

I’ve learned that you can have an active presence while being quiet at the same time. I’ve always been a quiet person, and thought my place in a group had always been unknown. Whether it’s my family, Church, or being part of a community, I have always felt that no one in my social circles knows much about me. This year it’s been different. I have also learned how to speak up when I need to, and I learned how to make my thoughts, ideas and opinions known. I’ve realized how to make myself known in a way that is just very pastoral and very clear.

What was the transition like from living at home to living in community?

The transition was a lot more seamless than I originally thought it would be. I thought it would be hard because I lived at home and commuted to college (I lived only twenty minutes away from my university). My family is really close too. However, what gave me the confidence to become a Seton Teaching Fellow was studying abroad in Madrid. In Spain I had the experience of living almost totally on my own. I didn’t have a sense of community there. Here it almost felt like that, but it was easier because I have other guys in the community. It’s stronger because we created a community covenant to act as the guidelines we live by. We also engage intentionally in communication, and we’ve done a really great job, as a group, of fostering a burning love for Christ.

It definitely has taken on new dimensions. I was used to praying with my family by saying the rosary and attending mass. In community, it hasn’t been that different. We usually do daily prayer, go to mass, and pray the rosary at night. What is different is that I’ve taken on a new dimension in my prayer life: I write now. I have a million thoughts in my mind, and once I started writing down my reflections I found it easier to focus. Through this, God has revealed to me the things He wants to tell me. In community, we push each other to get closer to God. We push each other to strive for more and to do holy hours. It’s been super fruitful and spiritually helpful.

What are you most excited about for your second year as a Seton Teaching Fellow?

I’m excited to have a familiarity with the South Bronx and Seton’s programs. Next year, it won’t feel like I’ll be starting abruptly. At the start of last year, I had to meet so many people and learn so many new things. This next year I’ll enter with a sense of confidence. It won’t be a time of change and newness, but more of a time to build off of my growth professionally, build off my growth formation-wise, and grow closer to God. I’m excited at the thought of coming back next year — I find myself thinking: This is my spot, this is my home, this is the Bronx! I am also excited to help mentor and get to know the new fellows. In regards to communal living — I’m very excited!

If you were talking to someone who is discerning a second year of service as a Seton Teaching Fellow, what would you tell them?

Overheard Through the Years