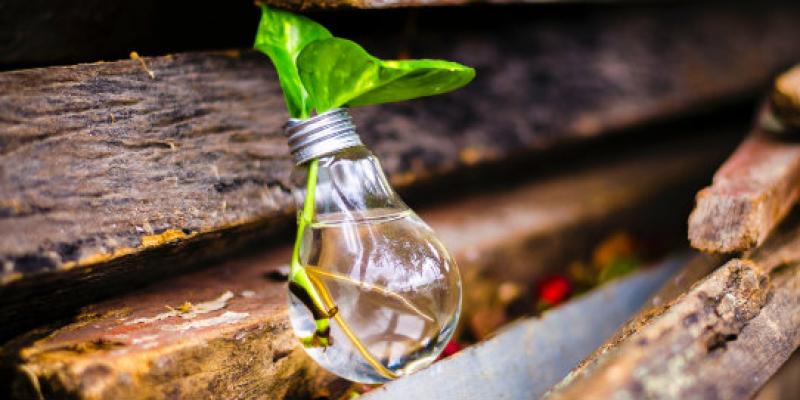 If you were presented with the phrase “Catholic school” in a word association exercise, it is unlikely you would respond with the word “innovation.” Jim Rigg, superintendent of Catholic schools in the Archdiocese of Chicago, thinks it’s time for that to change.

“In order for Catholic schools, especially those in urban areas, to continue the ministry of the church, we have to innovate,” says Rigg.  “We have a well-deserved reputation for excellence in our schools, but at the same time it’s clear that innovation is necessary.”

That necessity has been driven by a well-documented downturn in the state of affairs for urban Catholic schools across the United States. In the last two decades and despite a long history of providing an academically rigorous education to their students, Catholic schools have closed at an unprecedented rate. For many years, those closures could be traced to an operational business problem. The loss of free labor provided by the religious women and men who used to staff the schools in the past has increased the cost of tuition to the point that students, from mostly low-income and immigrant families, could no longer afford to attend them. With fewer students and lower revenues, schools closed and consolidated after adjusting to the new financial realities.

In recent years, however, the problems facing Catholic schools have been exacerbated by another reality.

“The field of education is changing in the 21st century,” Rigg says. “We in Catholic education may have been a bit complacent, resting on our historic reputation for excellence. Many of our public and charter counterparts have caught up to us with regards to providing excellent instruction, and some schools have not always remained up to speed on the latest academic best practices.”

In other words, some Catholic schools not only have struggled to pay the bills, but they have now also begun to lose their competitive edge.

It’s understandable to see why. Because urban Catholic schools tend to have few resources and shoestring budgets, their principals and teachers heroically take on many non-educational responsibilities to make up the gap. But some schools—despite their ability to maintain their safe, values-driven environments—need an extra boost to deliver on their promise of educational excellence.

“Throughout my career, I’ve seen amazing teaching and learning in many Catholic schools,” continues Rigg. “But we still have to innovate. Our kids deserve no less, and our competition is catching up. Innovation is essential for good instruction. In the 21st Century, we have to take the best of past instructional practices and fuse them with emerging innovations in education. Teaching the same way we have for decades is just not going to work anymore. With innovations in instructional practices and technology, we can now reach students at much deeper and more profound levels, enabling them to better retain knowledge and make it actionable in the modern world.

“Innovation,” Rigg concludes, “is critical to our future.”

In 2013, when he was Superintendent of Catholic Schools in the Archdiocese of Cincinnati, Rigg turned to Seton Education Partners to bring new, innovative ideas to the Catholic education sector. Seton provides schools with the know-how, training, and fundraising required to convert Catholic schools to blended learning academies. Their goal is to substantially improve their academic performance and reduce their ever-rising operating costs, addressing the two challenges many urban Catholic schools have not been able to shake.

Across their network of twelve blended learning academies serving more than 3,000 students, Seton has increased enrollment by 31% and seen impressive academic gains as well. The partnership was so successful, Rigg invited Seton to partner with the Archdiocese of Chicago when he took over as superintendent.

“The results that Seton helped accomplish both in Chicago and Cincinnati when I was there have propelled the schools forward,” Rigg says. “Not only that, they have helped me think differently about my role as superintendent and how we drive excellence across a Catholic school system.”

He continues, “Seton has a strong vision for what constitutes academic excellence. It’s backed up with good data from their national research as well as what they collect from their own schools. They see immediate returns with their students. And it’s helped me and the other dioceses in which they’re located create a concrete vision for the future—a future founded upon academic excellence and innovation.”

Some have argued that the kinds of innovation Seton offers and Rigg seeks could dilute the quality of faith or character formation for which Catholic schools are lauded. He disagrees.

“We will never compromise the beauty and truth of our Catholic faith. Our Catholic mission is rooted in both our call to discipleship and our commitment to provide a rigorous education. This is not an ‘either/or’ proposition, but a ‘both/and’,” he concludes.

“We simply won’t cast away the good things that we’re doing. But we have to look thoughtfully and innovatively at how we will prepare our children for the future.”

Inspired By the Mission: 12 Ways Seton Applicants are Driven to Serve