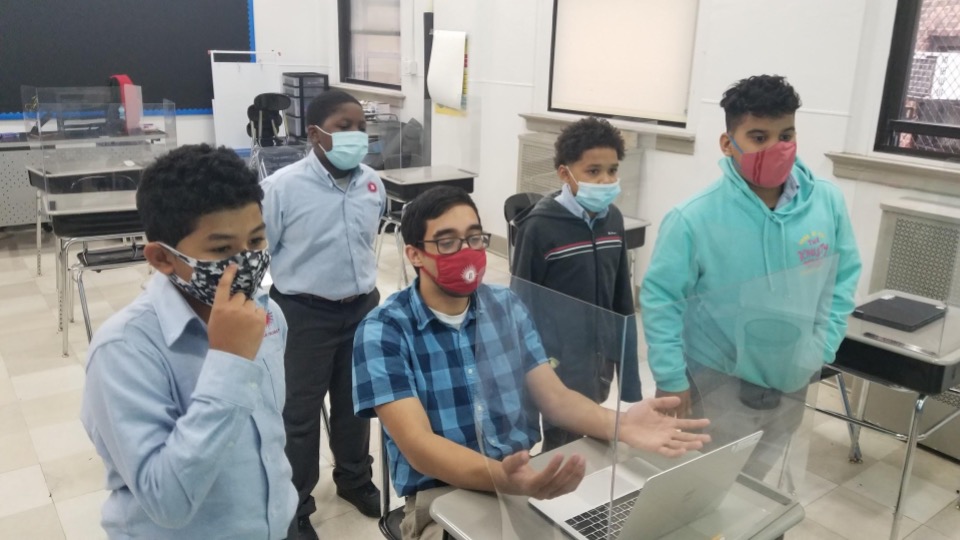 Samuel Morales is a current Seton Teaching Fellow hailing from Woodbridge, Virginia. He is a graduate of Christendom College where he received his B.A. in English Language and Literature. He will be returning for a second year as a Seton Teaching Fellow in late July. We are so grateful for the joy, desire to serve, humility, and love for the faith that he brings into the classroom and into community. Read more on his call to mission below.

For a long time I had wanted to come back to New York to work; it was something of a goal I had built up for myself during my four years at Christendom College, but as to how that would be realized, I really wasn’t sure.

I was born in the Bronx on October 22, 1998, but I had not  lived there since around 2001.Yet I still had a deep connection to the city, as it was where both my parents were born and a lot of my extended family still lived. It wasn’t until my sister, Sabrina Morales, put the Seton Fellows on my radar that living in the Bronx once again seemed remotely plausible.

Still, my dream had been to work in the entertainment industry—with New York being a suitable alternative to the far and morally dubious reaches of L.A.—and a decent entry point into a solid television job, from which I could work my way up to a screenwriting or directing job. I had applied to a few companies with no luck, but I was still determined and had time on my side with a good chunk of senior year left. But it wasn’t until November 2019 that my dad (who also works for Seton now) suggested that perhaps I put my film goals aside for a year to be a Fellow, and then return to the dream after a year of service. All of a sudden, right then and there it just clicked for me; nothing more had to be said and I applied immediately the next day.

In retrospect, having heard powerful testimonies from other Fellows on their “call” to join Seton, I had wondered (and perhaps worried) at how simple my story was: Dad shoots a text, I apply, and within a few months, I’m hired. But as I thought more about it, it was the same sort of “no-brainer” call I received that perhaps Peter or Matthew felt when called upon by the strange man from Nazareth: you don’t ask questions, you just do it. Certainly, this trust has been vindicated as the year has gone by, and the Lord has been with me at every surprise twist and turn throughout this mission, just as he has been there for every twist and turn all my life.

As this school year comes slowly but surely to an end, this mindset has manifested itself in my life in the most powerful ways, especially in regard to next year. Once again, I have felt the call to serve as a Second Year Fellow; something I never would have dreamed of doing before.But once again, the call is strong enough that I believe it is the Lord’s will, and I place all my trust and joy in what He may have in store for me in the coming school year. The dreams of using my talents in entertainment are still very much there, but for now I continue to follow the path the Lord has laid out for me, and I am excited to see where it will take me.

A Day in the Life with Ms. Paige Nicklas