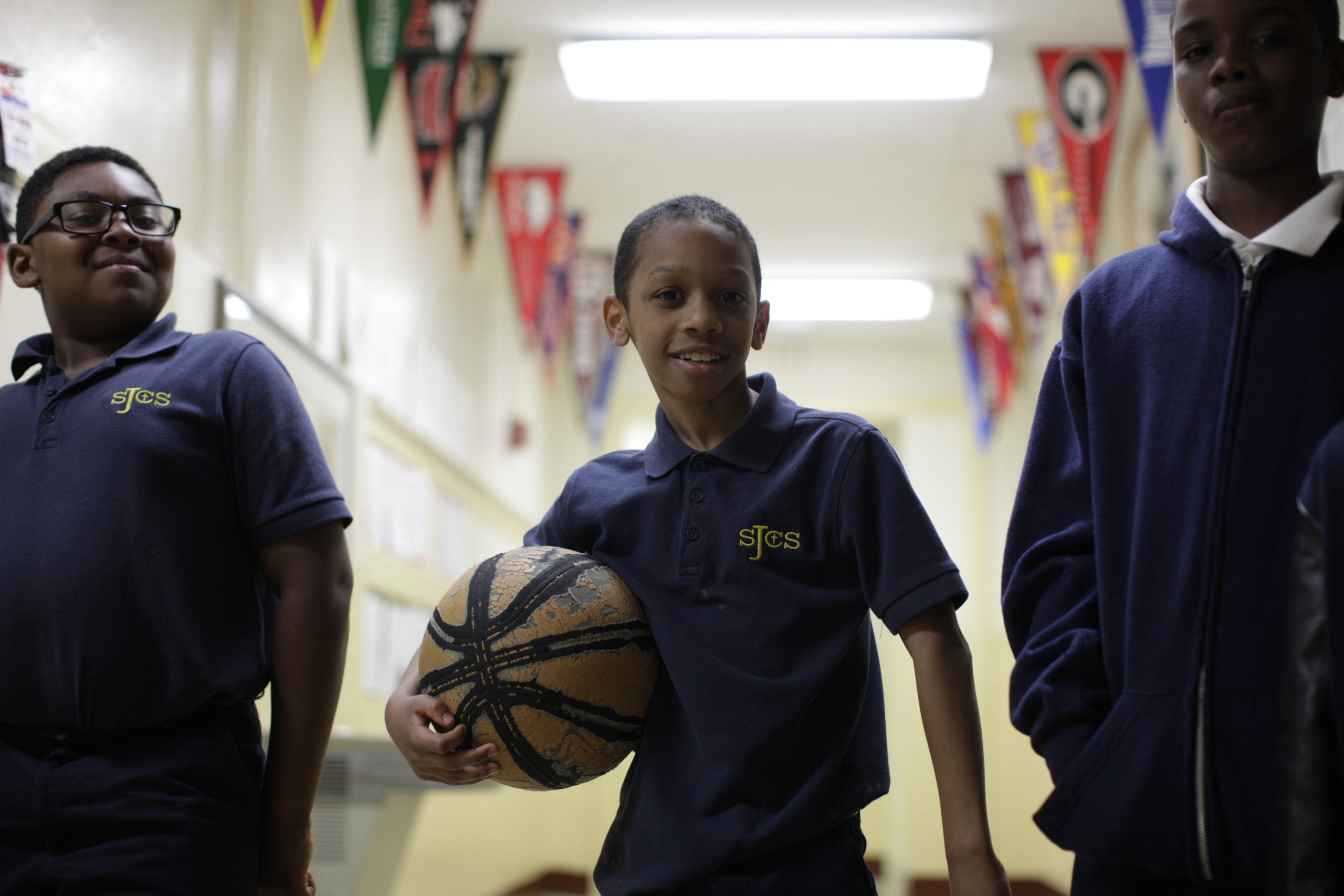 “What are you doing? Why are you taking me out of class?” he said, fighting back tears.

Aaron Smith, an eighth-grade student in Cincinnati, Ohio, was a successful basketball player. At 6’2”, he towered over his peers on the court. But in the classroom, he could barely keep up.

Aaron was on an IEP, or Individualized Learning Plan, a common pedagogical tool for students with diagnosable learning disabilities. At thirteen years old, he read at the second-grade level. And after years of struggling to keep up with his classmates, he suffered from low confidence. His teachers, despite their very best efforts, could not provide him the support he needed as they juggled minimal resources and class sizes that forced them to teach to the middle of their students’ academic abilities.

“Aaron was lost,” says Emily Gilbride, now the director of Seton’s blended learning network. “He was never told he was good at anything except for basketball. He was always praised for his ability on the court and nothing else.”

“The teachers tried their best,” she continues, “but he was so far behind.”

Back then, if you overheard Aaron in the hallway, you would be forgiven for jumping to conclusions about why Gilbride was taking him out of class.

But, your conclusions would likely be wrong.

Aaron was being pulled out of class because, for the first time in his life, he led his class in an academic category.

And at his school, students who demonstrate the most academic growth each month get their picture taken and posted on the wall.

“The kids knew that when I showed up with a piece of paper and a cell phone and called their name—they were the champion,” says Gilbride.

As Aaron left the classroom and asked if he was having his picture taken for the honor, the affirmative response he received brought him to the floor. He sat in the hallway weeping.

The key to Aaron’s academic turnaround can be traced to the summer before when his Catholic school joined Seton Education Partners’ network of blended learning academies. Leveraging adaptive software and technology to deploy a pedagogical model that creates personalized learning plans for each child, blended learning schools in the network allow students to work with teachers at a more intimate level than in traditional schools.

The model provides the platform for students like Aaron, as well as those on the gifted end of the spectrum and everywhere in between, to receive the individualized instruction they need to meet and exceed key academic indicators.

“Our blended model allows for those moments of personal discovery to happen more often,” Gilbride says. “Students are not confined to their desks or one way of thinking or learning. They’re able to be the best versions of themselves because they’re not frustrated on one end of the spectrum or bored on the other. They’re working on things that they’re ready [to do].”

The results speak for themselves.

By the end of his eighth-grade year, his first year in the new model, Aaron had achieved four years of growth in reading.

As incredible as that sounds, it’s even more heartening to hear that Aaron’s results are not an anomaly. Since implementing the Seton model, academic growth increased faster than national norms across his entire school. In fact, in the first year alone, more than seventy percent of students increased one or more grade levels. Many grew two or three levels in the same amount of time.

For Aaron, blended learning came just in time. He graduated from a Catholic high school in Cincinnati and received a basketball scholarship that, in 2019, allowed him to enroll in college. We pray he will continue to excel—on the court as much as off it.

For more hopeful stories about how Seton Education Partners is creating new ways forward for families in underserved communities, subscribe to our monthly newsletter, Anchored & Underway.

The Woman with Fifty-Two Godchildren