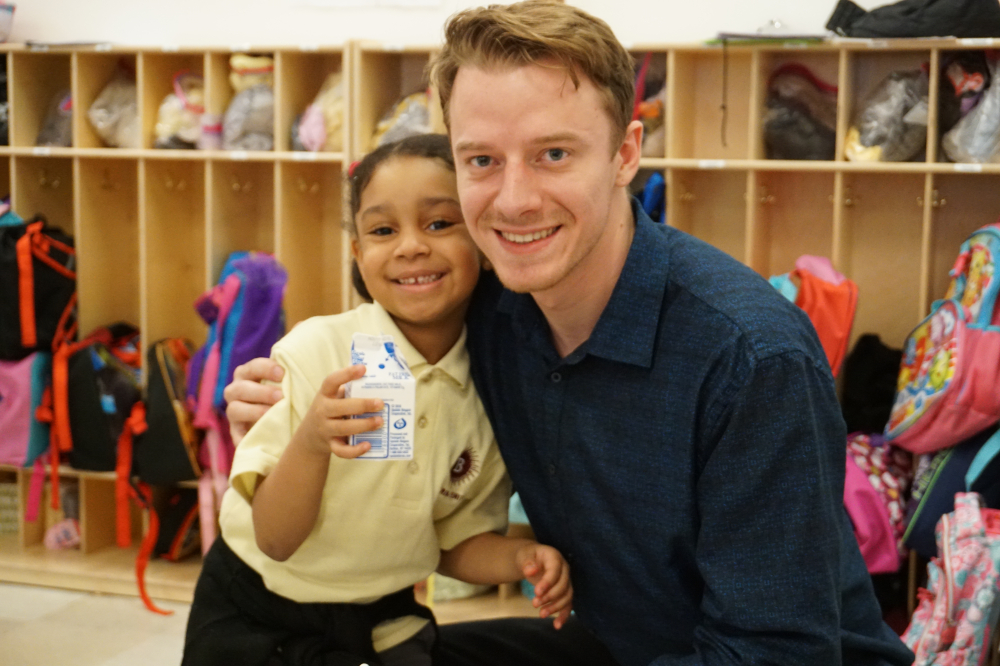 I have never heard God speak to me. I mean that in the sense that we have never had a conversation where I heard a voice with a specific objective or piece of advice. I always found this to be frustrating because it makes him so much harder to find. It’s like we’re playing “hide and go seek” and I call out to him but he’s off hiding behind a pillar and snickering, like some of my kindergarteners during recess. This is a good allusion, I think, except that God never hides. He is always present and willing to help if we speak the right language.

My father taught me that the most important language in life is love. It is not spoken or heard, but felt. It transcends nationality, culture, and every difference between people because every person can feel it. I think this is what was most powerful in my allure to New York City and the Bronx: that people of so many diverse backgrounds and religions could come from all over the world and live in this tumbling maze of concrete and marble. I feel love most strongly every day while riding the subway. In this space, people do not normally talk but I can feel its power emanate.

During my transit (only one stop), I will often run into my students and their parents. One of my students in particular, Jeremiah, lives relatively close to our apartment so I have seen him several times on my walk to school early in the morning. Jeremiah has a bursting personality and struggles pretty often to listen or sit still during class, as do many kindergarteners. From talking to his parents, however, I know that Jeremiah loves coming to school and El Camino. His excitement is also visible when I see him squirming in his seat with a not-so-quiet hand raised. All children speak the language of love, this is apparent to me and what has made my year thus far most worthwhile.

I worked with kids for the past 5 years of my life, from the time I graduated high school until now, and since then, I have always felt God’s love most when talking to or playing with a child. I felt an inexplicable pull from behind my naval to the weathered streets of the south Bronx, where both my uncle and father worked in the 1980’s (my father did Catholic ministry and my uncle was a community organizer). Every day, I feel affirmed in my decision to come here when I walk past Lincoln Hospital (where my father did his ministry), when I share a smile or a wave with one of my students, or when I see a person give up their seat on the train to a stranger in need. Now I realize that I was not meant to hear God’s voice but that he lives behind my belly button, deep in my soul.

A Place of Refreshment for Our Kids: An Interview with Ms. Mealey

The Grave: A Short Story about Truth, Beauty, and Goodness