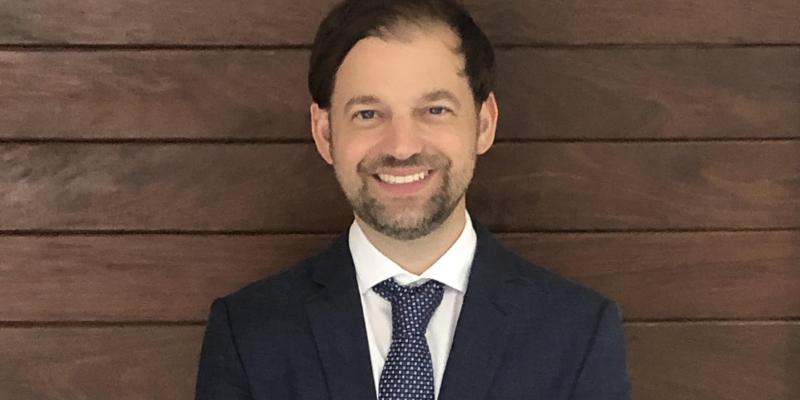 In 2008, when Stephanie Saroki de García and Scott Hamilton were planning to launch Seton Education Partners, Aaron Brenner offered his perspective as a school leader, a founder of national and international organizations, and a Catholic. He helped the two consider the model for the Brilla Public Charter Schools, which Seton would open in 2013 in New York’s South Bronx. The expanding network of schools leverages charter school funds and, at the same time, provides optional after-school Catholic faith formation through its El Camino program.

“I was very excited to see them give birth to this new organization,” Brenner says. “I thought it would be on the cutting edge of bringing together Catholic education with public school funding in an innovative way.”

More than a decade later, Brenner has joined the Seton team as a general partner and chief of charter school growth in new geographies, charged with launching in other states across the U.S. a new community of schools inspired by the Brilla model. He began his new role in July.

“When we think about other contexts beyond New York, the needs are different, yet they’re the same,” he says. “We have families who are lacking good choices and, from my deep belief system, deserve an excellent education. Brilla is a school that’s committed to providing as enriching and nurturing and excellent an education as possible. I believe we can provide the same type of education in other regions across the country.”

Brenner brings to Seton a rich array of experiences: He taught second graders as a Teach for America corps member in Texas’ Rio Grande Valley; was the founding school leader of the country’s first KIPP (Knowledge Is Power Program) primary school, KIPP SHINE Prep in Houston; served as the Head of Primary Schools for the KIPP Houston network and helped lead the organization’s development of a national network of primary schools; co-founded and served as CEO of the 1 World Network of Schools, which supports, guides, and trains school leaders around the world as they start schools to serve at-risk populations in their respective countries; and, most recently, served as director of the Notre Dame ACE Academies, a national network of Catholic elementary schools operated by the University of Notre Dame in partnership with local dioceses.

“I can’t tell you how thrilled we are by Aaron’s ‘yes.’ He brings an unparalleled set of entrepreneurial experiences in both the public charter and Catholic school sectors, and is a deeply mission-driven leader,” says Saroki de García.

A 25-year resident of Texas, Brenner says he’s excited to bring to new regions the same opportunities the Brilla schools have brought to the children and families of the South Bronx.

“I’m especially excited to serve recent immigrants or second-generation immigrants who are likely to be Catholic,” he explains. “There hasn’t been a tradition in so many cities across the United States for immigrant families to have a real choice or option to attend a Catholic school. I just really believe deeply in my heart and soul that families and communities are going to embrace an option like Brilla with El Camino. We’re going to be able to build something really extraordinary that’s hopefully going to serve thousands of children across this nation.”

Brenner says he’s honored to be joining the Seton team and, on a personal level, is thrilled to be serving the Latino population in particular.

“I live on the border. My wife is from Mexico. My family is bilingual and bicultural. I have really committed and dedicated my work—the majority of it—to providing opportunities as much as I could to Latino families across this country. Joining and aligning with an organization that has shared this commitment and purpose is really exciting to me. Seton has already made a unique mark in New York, and I feel that the sky’s the limit in other states that have a rapidly growing, emerging Latino community.”

LENT: A TIME TO REFLECT